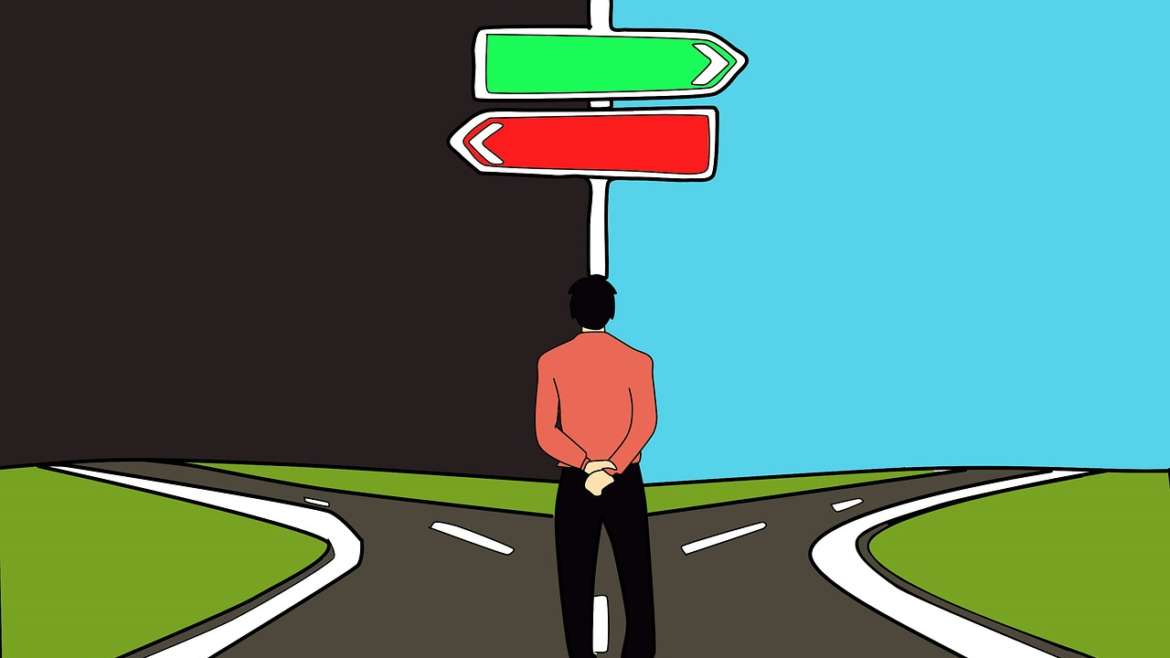 We exists with free will

A human achieves self-discipline, purification and moral discipline only once he believes he is able to attain such perfections and values. If he believes that the search for perfection has no effect, then he will not be able to attain self-discipline and purification. All moral systems accept by nature that human beings are elective and have free will. This reality is presented in the moral system of Islam as a natural disposition. Therefore, free will and choice of a human are allocated as the first principles of the moral system of Islam.

If compulsion exists in mankind and one believes that he has no choice in his actions and that he is subjected to predetermined external elements, this would weaken his efforts in achieving self-discipline, purification and moral discipline. For example people who are lazy in disciplining themselves would justify themselves with excuses relating to the law of inheritance, coercion of environment, and coercion of history

It is imperative to note that the Qur`an (in certain verses related to morals) reminds humans that it is God who guides mankind. He, the Almighty, says with an incisive tone:

“You cannot guide whomever you wish, but [it is] Allah [who] guides whomever He wishes, and He knows best those who are guided.” (Qur `an 28: 56)

Everything that is connected to rewards and results seen in the Hereafter is related to God. It is God who gives us mercy and shows his virtue and benevolence. The Qur`an says that these realities never mean that will is taken away from the human being, because the Divine action is vertical to the actions of the human, and this does not conflict with free will for it to be negated. Individual Morals: The relationship of human beings with themselves

Dimensions and characteristics of the self

Psychologists have established that the self has specific inclinations, firstly giving them the name instincts (gharizah), but once instincts came to have their own particular definition, this expression changed, and other expressions were used instead of it like drive, motive, or others of its like. Some such as Freud believed that there are two unaware essential forces (the instinct of life, which manifests in sexuality, and the instinct of death, which paves the way for violent behaviour) that are considered to be the strong motive in the designation of behaviour. Whereas, Macdougal (1908) believed that the different instincts are: acquisition, construction, curiosity, fleeing, socialisation, reproduction, fear, and demonstrating and establishing existence. He then broadens this list, reaching eighteen instincts, with some of them connected to particular requirements of the body.

The explanation of the sensitive behaviour of human beings demands the assumption of another large number of instincts. Therefore, such actions as rivalry, secrecy, humbleness, purity, imitating, oppression, fairness, and envy are all instincts, and ultimately, the matter resulted in regarding any assumed action to be an instinct.

What does ‘the relationship that human beings have with themselves’ mean?

One of the essential questions in the study of moral sciences is the question: “what does the relationship of human beings with themselves mean?” This can be answered by regarding the human being as a single being which possess both an immaterial soul and a material body. However, such an approach would not be satisfactory as it fails to address issues relating to the relationship of the soul with itself.

Conclusively, the human soul is an existent that has diverse dimension and the relationship between these dimensions of the self.

A proposed theory: The Self – a three angle pyramid

In order to gain a clearer insight into the characteristics of the self, we pursue through the path of a simile of comparing the intellectual with the sensual. We compare the self with a pyramid that has three sidewalls, and the three sides concord with our conception of the self.   The peak of the pyramid signifies the oneness of the state of the self, and the detailed and numerous levels unite once they reach that point of the peak. The opposite also occurs from the peak, as numerous aspects manifest from the one head point. Therefore, we conclude that all these forms unite within the state and depth of the self, or are in fact one.

This three-sided pyramid we are using as a simile is to explain the different matters and dimensions of the self, which are:

It could be said that power – like knowledge and love that are both related to the self and to Allah – is also connected to Allah and can be the origin for journeying to Allah. The human knows Allah by nature and within himself, and he loves Him and can journey and move towards Him.

The three dimensions of the self mentioned are the very same self that is at the peak of the pyramid. However, when it reaches the context of particularisation, it manifests in different forms independent from each other, and we mentioned each category (knowledge, power and love) has its own concepts.  For example, in the dominion of particularisation the concept of knowledge is contrary to the concept of love, and is different and significant than the other. It is also possible to establish these three forms in every existent that has senses and feelings. Thus, the essential features of every independent existent have knowledge, power and love.

Inside the pyramid, there is only one thing, and that is the drive towards perfection. The self constantly evolves and is rapid in doing so without becoming weak, and as this movement is not external from the essence of the self, it is possible to say that the self is movement and emergence itself. People feel with their inner inclination the drive towards advancement and development, and they do not accept to cease and be stagnant. The effects and outer indications of this mental and spiritual inclination can be seen in the different stages of one’s life from childhood to teenage years and with different forms of perfection and manifestations.

Furthermore, it has been mentioned in some traditions that the Arabic word rooh (soul) is derived from the word reeh (wind), and considering that the human soul is the self, it can be said that through these traditions that refer to the self, i.e. the human soul, it is seen as like the wind. It gales and declines, and the reality of the soul is basically nothing more than the movement and changing of the self like wind which is only the movement of air and changing of the weather.

The tradition narrated from Muhammad ibn Muslim is frank in stating this observation that the soul moves like wind.

“I asked Abu Abdullah (Imam al-Sadiq) (a.s) about Allah’s saying {…and breathed into him of My spirit}[1], ‘how is this breath?’

He said: ‘The soul moves like the wind, and the rooh (soul) was called rooh because it was derived from the word reeh (wind). The word was taken from wind because the souls are similar to wind, and He related it to Himself purifying it over other souls.’[2]

The meaning of this tradition in the light of the valuable Islamic teachings and within qur`anic verses is that the human soul moves towards Allah the Almighty. The following verse is a mentioning of this regard:

We can deduce from the mentioned verse that the origin of movement and endeavour towards the Lord is something definite and determined. The human being will comprehend eschatology without choice, and he will meet his Creator, but this direction of determined movement is of free choice. This is why the verse mentions two kinds of goals for this movement: the first is the original goal of movement, which is unwilling, yet ultimately the human will meet his Lord, meaning the basis of meeting (liqaa`).  The second goal is the method of meeting, where if the human correctly chooses this determined movement, their meeting with their Creator will be happy and honourable, and if he chooses the correct path in his movement, his meeting will be bitter and disgraceful.

The permanent relationship between the dimensions of the self

The aspects (knowledge, power and love) are permanently connected to each other, and they are complexly intertwined and linked deeply affected and influenced.

We will start with the impulsion known as “inclination” which can be regarded as one of the branches of the loving of the self. The branch of inclinations, regardless it being indications of love of the self, has a strong connection with the other two dimensions. This is because human inclinations consist of attractions that are more or less linked to perception and consciousness. Knowledge, perception and consciousness are what direct these inclinations and natural impulses and make them become aware, mature, and cognizant.  From another aspect, these primary and branch inclinations are the channels for human movement and achievements, and they will be the manifestations from the dimension of the power of the self.

Therefore, the connection between knowledge, power and love in the human self exists in such a way that is permanent in all the branches and subdivisions of the self, even though any of these three dimensions could manifest and be more visible in some aspects than any of the other two dimensions. It is very clear that the two dimensions of the self, knowledge and power, have more of an effect than the dimension love in their appearance and distinction in directing, guiding, developing and increasing the branches and divisions. This is so much so that love of the self can never be characterised as having this development and perfection without knowledge and power.

What we mentioned about love of the self and knowledge is also applied in regards to power, as human power creates larger development and maturity day after day. For every day it passes it acquires powers to do things it was not capable of doing before. Its power in demolishing and constructing, creating, inventing and discovering continue to advance, and who is able to deny the effect of knowledge and love of the self in this great change in the human power and achieving amazing division from that point of generality? 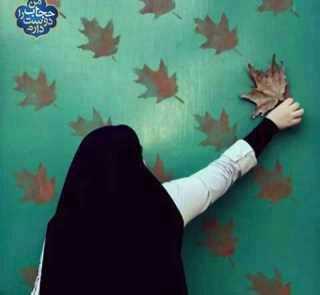 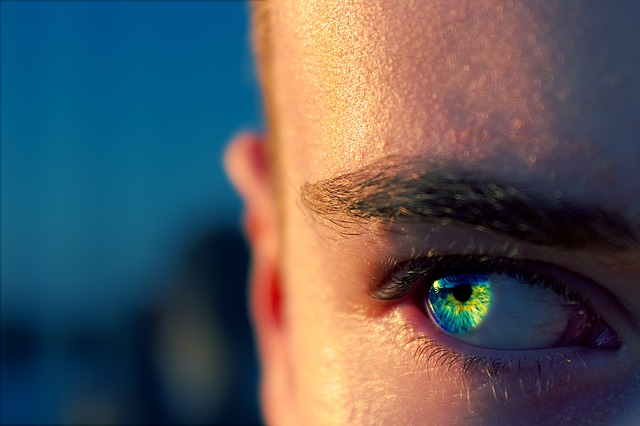 Individual – Family – Society: Where are we headed?